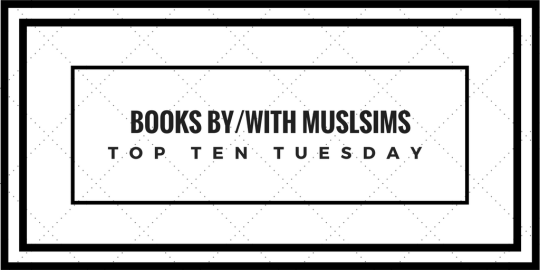 Hello everyone! So these last couple of days have been insane politics-wise, to say the least, most of which is because of the Muslim ban. Now, y’all know I’m a Muslim – if not, surprise! lol – so this affects me in a big way. However, I’m taking it in stride and have decided that my way to resist against the ban is through the best way I know how, sharing books with Muslims in it and/or by Muslims. If you follow me on Twitter, you’ve probably seen that I have made lists of such books but I thought I’d share 10 of them on here. I hope you all enjoy and support these books by sharing, buying and reading them! Here we go….

Aaaaaand that’s it for the 10! It was a lot harder than I thought to choose what books to put because I’m just like

with all the Muslim books I know of LOL. Thankfully for you, though, I have more comprehensive lists on Twitter (below) and on Goodreads, I’m creating a list on Amazon* and I’m hoping to add more to all of them later today!

Now, have you read any of the books on the above list? If so, which one(s) did you read and what did you think? Also, do you have any suggestions for other books?? Let me know in the comments below! Thanks, have a great day/night and tata for now!

(RT PLS!!) Bc I haven't done a thread in a while & these are trying times indeed, here's a Muslims authors thread! Follow the thread….

*This is an affiliate link I have with Amazon 🙂