Hello everyone! Long time no see! It’s been awhile bc I’ve been on an unofficial hiatus bc of the 500 projects, essays and tests I’ve been taking in uni soooooo ya I decided I wouldn’t add on to my stress by trying to blog. Today marks the beginning of the un-hiatus hopefully as my last finals are tomorrow and Friday so I thought I’d start off the ending of first semester with a bang or rather a book, specifically The Silent Pool by Phil Kurthausen as I’m on the blog tour for it! As usual with my reviews, I’ll try to be as non-spoilery as possible but I make no total promises. Before I get into the review, though, let me share with you some book details: 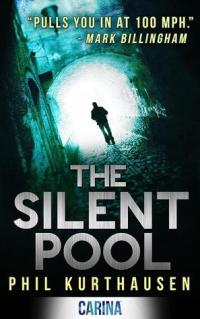 How long can the past be kept secret?
It is a time of austerity. Financial cuts are biting hard and the once great City of Liverpool finds itself now almost bankrupt. At the eleventh hour funding is found in the form of enigmatic billionaire Kirk Bovind, a religious zealot, determined to change the moral and religious fibre of his old hometown and bringing salvation to the streets.
So when a man disappears without trace solitary lawyer, Erasmus Jones, agrees to
track down missing Stephen, but quickly discovers that this is more than just a missing person case. Men are being brutally murdered across the city and Erasmus suspects the deaths are all linked.
As the search for Stephen grows and the ripples from the past begin to spread Erasmus has to ask himself whether Bovind could be behind the killings or if someone is trying to frame him and weaken the strangle hold he has over the city?
Who will be the next to die…?

Now for the review!

Okay I think that covers the main points I wanted to say. Oh it was also set in the UK which I loved LOL and the book was really well written. Okay I think that’s it now LOL. Overall, I’ve gotta say, I really liked The Silent Pool! I’m definitely figuring out a way to get the second book Sudden Death now hahahaha Thankfully for you though, one (1) winner will get a £10 Amazon gift card (UK ONLY) and have a character named after them in Phil Kurthausen’s next book!! To enter the Rafflecopter, click here!

Good luck to all in the giveaway! In the meantime, check out the author below and follow him on social media! 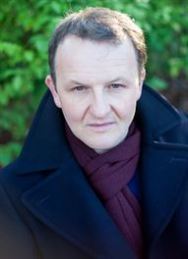 Phil Kurthausen was brought up in Merseyside where he dreamt of being a novelist but ended up working as a lawyer. He has travelled the world working as a flower salesman, a light bulb repair technician and, though scared of heights, painting the Sydney Harbour Bridge. Ken Dodd once put him in a headlock for being annoying.

He has had work broadcast on BBC radio 4 extra, published some short stories and his novel ‘The Killing Pool’ won the Thriller Round in the Harper Collins People’s Novelist Competition broadcast on ITV in November 2011 and appeared in the final. It was later shortlisted for the Dundee International Literary Prize in 2012. He lives in Chester.

And that’s all! Thank you to Jenny from Neverland Blog Tours and Phil for organizing this blog tour and letting me review the book! And thank you for reading the post!

*This is an affiliate link I have with Amazon 🙂

2 thoughts on “The Silent Pool by Phil Kurthausen – Blog Tour”